While there were many provocative discussions coming out of the recent SIFMA Compliance and Legal conference held in Orlando, transparency and the Dodd-Frank Act continued to dominate a specific area of review and analysis – even off the official agenda. The current regulatory initiative mandates, particularly the section on Title VII among others, increased transparency, improved oversight, detailed compliance, and other checks and balances. This regulatory reaction is based primarily on violations of the public trust by some of the largest and most visible banks and brokerage firms worldwide – no news there. But as illegal, or at least questionable, practices continue to increase in frequency, so does the need for more oversight and transparency – the heart of current discussions.

The Dodd-Frank Wall Street Reform and Consumer Protection Act is a wide mandate intended to address system-wide risks; numerous forms of market transparency and consumer protections, and its rules reach most areas of financial markets in the U.S. to an unprecedented degree.

The goal of Dodd-Frank is to avoid a repeat of the realities of the financial crisis in 2008 by promoting, in its own words, “the financial stability of the United States by improving accountability and transparency in the financial system, to end ‘too big to fail’, to protect the American taxpayer by ending bailouts, to protect consumers from abusive financial services practices, and for other purposes.” From communication standards between counterparties and their clients, to organizational structures, to compensation systems, to the evolution of market structures, Dodd-Frank addresses all areas of the marketplace.

Let’s look at some particularly interesting facets. The extraordinary magnitude of transformation it brings to the over-the-counter (OTC) derivative market – which includes products like swaps – is unprecedented in financial history. The changes represented include moving a traditionally and largely unregulated market into an exchange-based framework, with centralized clearing and settlement of trades – a massive undertaking that will take years to design and implement. This transformation will also have significant direct and indirect impacts on most market participants today.

Further complicating the situation is a series of additional new rule-making directives. Known as Regulation on Markets in Financial Instruments (MiFIR) and the proposed European Market Infrastructure Regulation (EMIR) which focus more on OTC derivatives, centralized clearing, and trade repositories, the length of the list symbolizes how regulators want to calm investors.

Between Dodd-Frank and MiFID, the rest of the world is watching to see how leading markets address the proposed improvements before they follow suit. Ultimately, all other major markets, including the Asia-Pacific, Middle Eastern, and South American regions, will adopt similar rules.

Overall, the growing focus on transparency and compliance rules will have an impact on the building blocks of all financial firms: people, process, technology, and data.

And in order for these rules to take shape and be effective, there exists the implicit need to comply with the spirit of the why these rules, such as Dodd-Frank, were initially written: to keep a level playing field and preserve the integrity of the global market place. Seeing the Cloud Through the Fog of Brexit 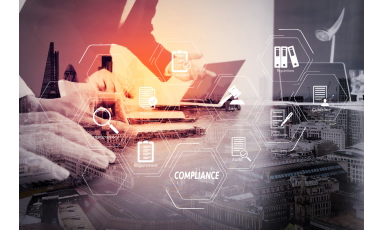