Why Are European Banks Worried about Beneficial Ownership? Virginie O’Shea is a research director with Aite Group, heading up the Institutional Securities & Investments practice and covering data management, collateral management, legal entity onboarding, and post-trade technology. She brings to the firm more than 13 years of experience in tracking financial technology developments in the capital markets sector, with a particular focus on regulatory developments and standards.

The realm of anti-money laundering (AML) and know your client (KYC) compliance has increasingly come under the public spotlight over the last few years due to high-profile sanctions fines for financial institutions across the globe. Regulators are also scrutinizing holdings and ownership details as part of a crackdown on tax evasion and fraud, further compelled by the release of the Panama Papers in 2016. Accordingly, the European Council adopted a directive on December 6, 2016, that grants access for tax authorities to beneficial ownership information held by national regulators responsible for the prevention of money laundering. The provisions are, however, still under debate at the European Parliament due to the controversial nature of making some of the data open to the public.

Information sharing arrangements under the taxation directive for beneficial ownership details have been established between 20 countries, as shown in the diagram below. The register will contain stipulated personal information on individuals who ultimately own or control more than 25% of a company’s shares or voting rights, or who otherwise exercise control over the company or its management.

The difficulty of tracking beneficial ownership for every entity in scope should not be underestimated, especially given the often-complex legal entity structures of the various market participants in the financial services universe. Once the data has been gathered, KYC and AML teams must also keep the records up-to-date in the face of constantly shifting ownership structures resulting from various corporate actions and mergers and acquisitions.

Challenges in determining beneficial ownership include: 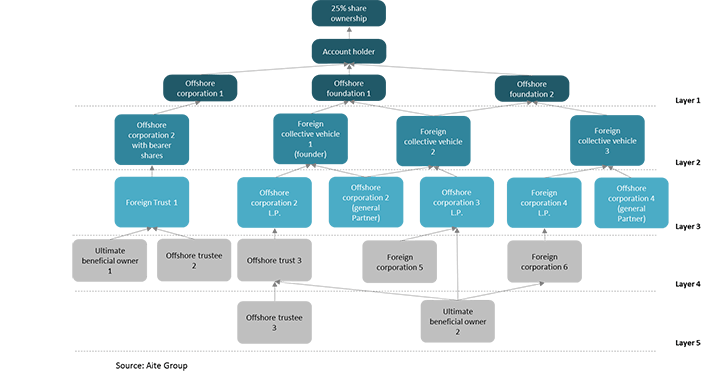 European Union member states have until December 31, 2017 to transpose AMLD IV into regulation. Though directives are binding on European member states once they have been sanctioned by the European Commission and passed by the European Parliament, there is some scope for national regulatory discretion (an opportunity for interpretation or amendment) during the transposition of the requirements into national law. Discrepancies between national interpretations could make compliance a much harder task for financial institutions in scope.

Tackling each of the regulations in isolation (and other related KYC regulations) is inefficient and potentially cost-prohibitive; hence many firms are looking to strategically link related requirements to a wider program of work. Though many firms are still meeting regulatory requirements in a tactical manner, the intent of many KYC and legal entity data teams is to ensure that these projects build upon each other to create a consolidated hub for regulatory data that is linked to individual clients. Traditionally, client onboarding teams have been tasked with balancing speed of onboarding with the rigor applied to KYC checks—a hub in which processes and data is stored on one central system and shared across business units (where possible) could ensure this balance is achieved.

From the regulatory perspective, centralization, standardization, and transparency of process as required under AMLD IV are significant benefits, especially when pursuing entities potentially engaged in suspicious activities, such as terrorist financing. From the industry side, increased transparency could improve awareness of potential threats to a firm’s integrity and reputation, especially if financial penalties are on the horizon. Centralized, electronic storage of documentation is also beneficial, as it is much easier to locate and check documents in this manner than to sift through hard copy data. If hard copies are required by the local regulator, metadata can be created to track the location and status of the documentation. 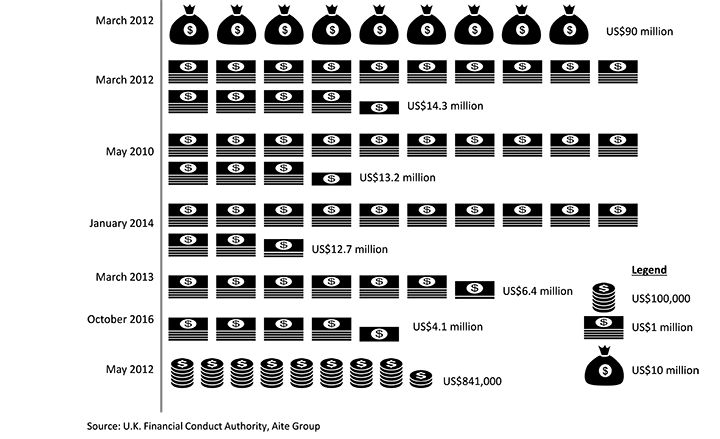 Overall, the realm of KYC and AML compliance in Europe is set for significant changes over the ​next 12 months and beyond. Firms operating in these markets have every right to be concerned about beneficial ownership details—they could make a ​big difference to a firm’s reputation and bottom line.
​ ​

Visit the Actimize Culture of ​Compliance site for more resources!​